welcome to Desolate Ashes
Welcome to Desolate Ashes! We are an intermediate to advanced fantasy wolf role-play with a rating of PG with instances of R. We have a word requirement of 200 words. If you have any questions please feel free to reach any one in the chat box or even find the directory of the staffs located in the staff information board!

Click The Discord icon in the right hand corner of the screen to chat in the discord!
premade theme eloquence
Eloquence is a Proboards v5 free premade theme, designed by punki of Adoxography and Pixel Perfect. This theme is best optimized for Mozilla Firefox. Free-to-use photos by various artists of Unsplash. Forum icons by Font Awesome.
Desolate Ashes
DA is the product of the minds of Remycune; all contents are copyright their original owners. All characters belong to their original creators, and may not be used or replicated without permission. All images are copyright their original owners.
a fantasy wolf roleplay
Desolate Ashes
about staff awards navigation credit 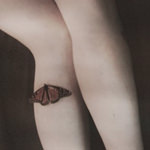 09/25/19
So after a bit of time we have finally got our storyline up and active! You are now welcome to create your accounts and start roleplaying for we are now OPEN! If you find any bugs or something funky please let a staff member know so that way it can be fixed. Enjoy DA and Have some fun! 09/05/19
You see nothing. . . . Nothing at all. this is a figment of your imagination. . . . I swear. . . .No judging me!